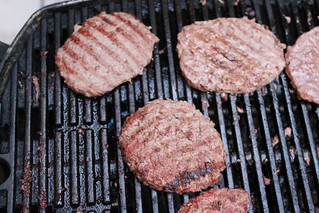 Bison burgers on the grill

Growing up in the suburbs, my family used the outdoor grill for practically every meal in the summertime. So this time of year, right around Labor Day, I get really psyched for the last days of summer grilling.

But having just recently moved into the city, I’ve run into a problem that I didn’t foresee: how is a city dweller like me expected to satisfy his appetite for outdoor grilling in a small apartment?! As a determined griller, I sought out a few solutions for how to make your summer grilling favorites when living in a small urban space….

END_OF_DOCUMENT_TOKEN_TO_BE_REPLACED

This Sweepstakes is in no way sponsored, endorsed or administered by, or associated with Facebook®.

Squash blossoms are the quintessential summer dish in my house because my mom used to make them in August, when they first appeared in the markets. So I thought it would be a great idea to share our family’s favorite stuffed squash blossoms, and my own non traditional recipe, squash blossom pasta, while the season is just getting started.  …